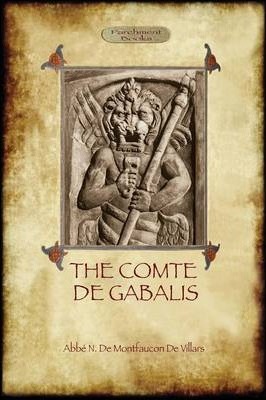 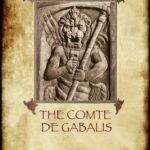 Book Title : Comte de Gabalis
Book Author : Abbe De Villars
Book Format : Paperback
Date published : 1992
Number Of Pages : 380
Book Description : The Comte de Gabalis is a manual of occult lore which examines a series events in ancient times, Biblical lore and Christian history, noting the manifestations of supernatural and magical phenomena. This work spans various events depicted in the Old and New Testament such as the prophecies of the Magi and visions depicted by various prophets. The pantheon of Gods in ancient Egypt and Greece, events concerning saints and nuns in the Middle Ages, plus a variety of noted practitioners of alchemy and magic, form the basis for topics. In many ways an occult tour de force, the Comte de Gabalis is wide-ranging and a summation of centuries of mystical and occultist writings. The Abbe - or Abbot - de Villars authored this document in the 17th century. Owing to its eclecticism and assertions upon subjects as diverse as alchemy, magic and divination, and a tone that is ironic and entertaining, the Comte de Gabalis was a success among French readers. It was not until later, towards the end of the 19th century, that a series of English-speaking occultist authors came to consider its passages to be an authentic and wholly serious depiction of various strange and mystical phenomena.

This scarce antiquarian book is a facsimile reprint of the original. Due to its age, it may contain imperfections such as marks, notations, marginalia and flawed pages. Because we believe this work is culturally important, we have made it available as part of our commitment for protecting, preserving, and promoting the world's literature in affordable, high quality, modern editions that are true to the original work.