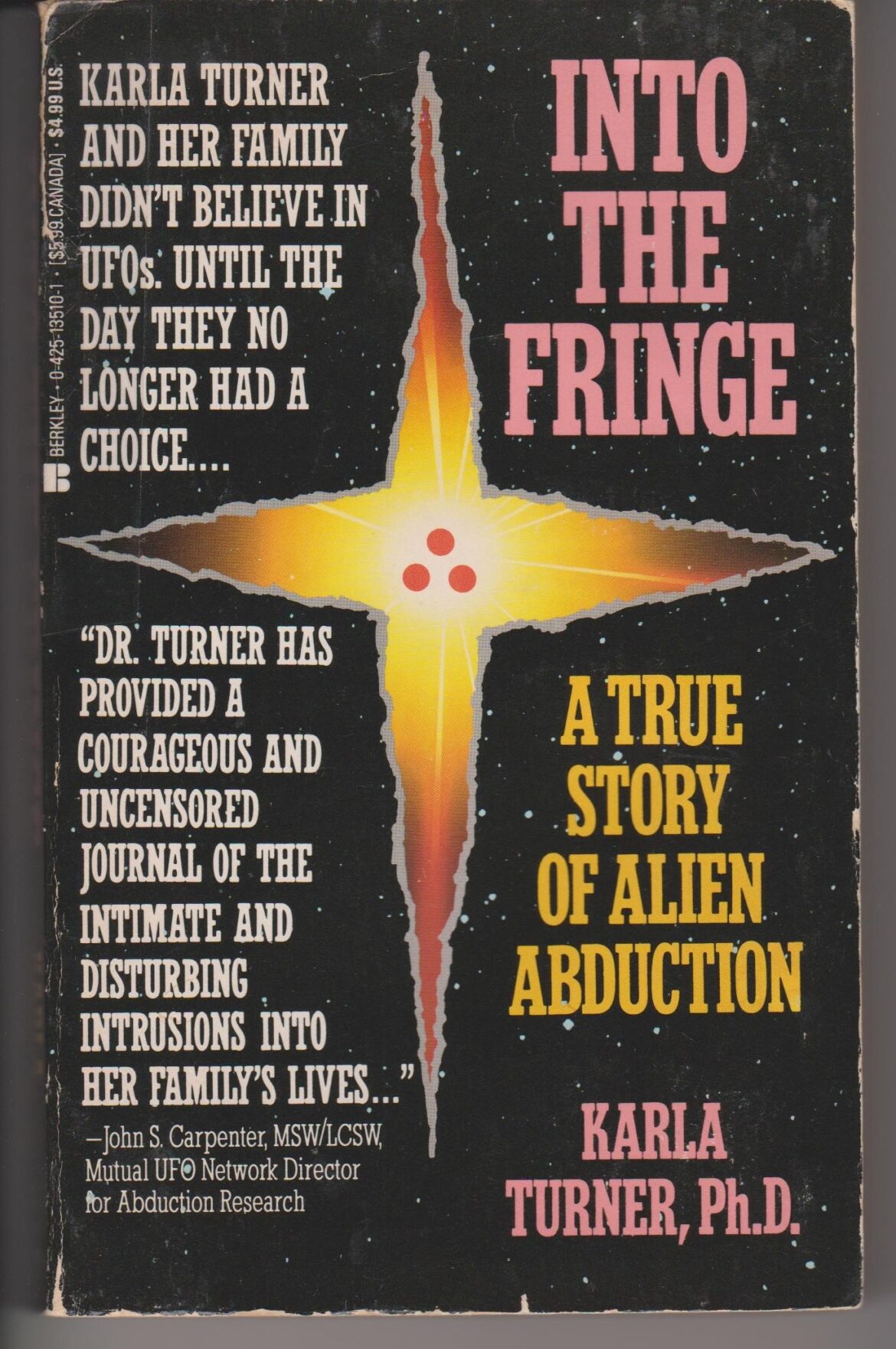 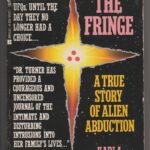 Book Title : Into the Fringe
Book Author : Karla Turner
Book Edition : Berkley
Book Format : Paperback
Date published : 1992
Number Of Pages : 242
Book Description : "Here was my husband, a man of intelligence and great analytical ability, telling me about two different childhood encounters with nonhuman beings..."For Karla Turner, it began in the spring of 1988 - but it had, in reality begun much earlier. "Two months before, our lives were normal. Yet here we were, being followed in the middle of the night, having spent the evening actually considering the absurd possibility that alien beings had somehow touched our lives. We didn't realize, at that time, just how deeply and irrevocably they would change our world..." For Dr. Turner, her husband, and her child, there would be sudden, shocking discoveries - of long-buried memories as well as actual physical evidence of ongoing intrusion: the marks on their bodies, the sighting, the "missing time" episodes. "Sometimes I still tried to pretend that it was all in our imaginations..." It wasn't in their imaginations. It was real. And it's all here, in the most chilling, convincing account of alien contact since "Communion."..
Ezoterik Bilim
0.0 0 5
0 comment 0 FacebookLinkedinTumblr

Taken: Inside the Alien-Human Abduction Agenda