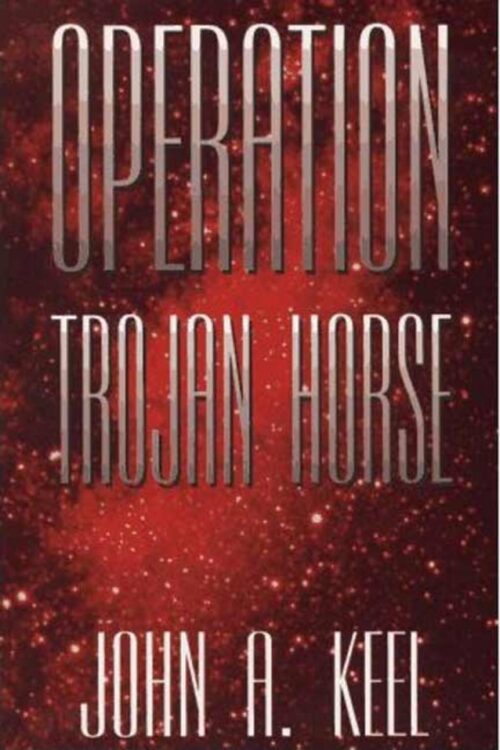 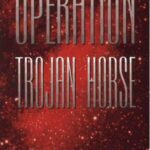 Book Title : Operation Trojan Horse
Book Author : John Keel
Book Edition : Anomalist Books
Book Format : Paperback
Date published : 1996 - 2015
Book Description : s/t: An exhaustive study of unidentified flying objects revealing their source & the forces that control them Operation Trojan Horse is essential for any student of the occult. Keel's brilliant ultraterrestrial hypothesis needs to be read...albeit, with the proverbial grain of salt. Shortly after the 1970 version of this book was published, Keel was not only "contacted" by the subjects of his research--they refused to leave him alone! As a result he was driven insane. This is most clearly evident in his later work, The Eighth Tower. A few of Keel's other works (This Haunted Planet & The Mothman Prophecies) are noteworthy, but not in the same class as OTH. The opinion of the ultraterrestrials regarding this book seems to have been, "He wrote WHAT? Oh, no--can't have that! Let's put him at the top of our list of folks who need to be f**ked with." The 1st edition almost didn't see print. A 2nd edition was never published until this revised edition came out in the late '90s. Meanwhile, between Keel stating things like, "God is insane, & an ancient computer keeps sending beams into my head!" (paraphrased from Eighth Tower), & allegations of ultraterrestrial Dopplegangers impersonating him across the land--well, let's say his credibility has suffered. Regardless of Keel's mental illness (from which he eventually seemed to recover), sloppy research & bizarre speculations; OTH stands out as perhaps the best thing ever written about multi-dimensional entities. He spends a lot of time discussing the nature of the electromagnetic spectrum & goes in depth regarding little known facts common to many witness accounts (things which were left out of official reports, as they contradicted the preconceptions of scientifically biased investigators). His investigation shows this sort of thing has been going on throughout recorded history. Starting with ancient mythology, progressing to folk legends, then delving into old reports of airships, ghost planes, foo fighters & modern black helicopters, he presents a convincing argument that these aren't the result of human conspirators, but rather a multidimensional intelligence which can assume any guise. Perhaps the most important point that Keel makes is that these intelligences aren't to be trusted. Indeed, he states that the many reports of aliens observed performing nonsensical actions (making repairs, collecting soil samples, performing medical examinations & delivering lectures about the dangers of atomic energy to inbred hillbillies) are nothing more than a charade intended to make us believe that they're something other than what they are. He believes the only reason for such a ruse would be hostile intent. He then expands this argument by referring to the hundreds of contactees, spirit mediums & New Age channellers who've been given a series of valid prophesies--which then compel them to either go on a wild goose chase, make public announcements of impending doom or form cults. But consider this...what if it isn't hostile intent at all? What if the ultraterrestrials are just kicking back, drinking some beers, & one of 'em goes, "Hey--you know what would REALLY mess with their minds?" Perhaps it is nothing more than a warped sense of humor!--Tyr Shadowblade (edited)

OUR SKIES ARE FILLED WITH TROJAN HORSES... "The real UFO story must encompass all of the many manifestations being observed. It is a story of ghosts and phantoms and strange mental aberrations; of an invisible world that surrounds us and occasionally engulfs us; of prophets and prophecies, and gods and demons. It is a world of illusion and hallucination where the unreal seems very real, and where reality itself is distorted by strange forces which can seemingly manipulate space, time, and physical matter-forces that are almost entirely beyond our powers of comprehension." John A. Keel (March 25, 1930 - July 3, 2009) was an American journalist and influential UFOlogist best known as the author of The Mothman Prophecies. In the 1950s, he spent time in Egypt, India, and the Himalayas investigating snake charming cults, the Indian rope trick, and the legendary Yeti, an adventure that culminated in the publication of his first book, Jadoo. In the mid-1960s, he took up investigating UFOs and assorted forteana and published his first knockout UFO book, UFOs: Operation Trojan Horse.