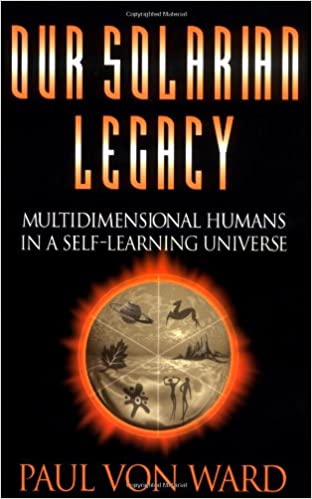 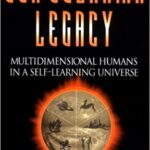 Book Title : Our Solarian Legacy: Multidimensional Humans in a Self-Learning Universe
Book Author : Paul Von Ward
Book Edition : Inner Eye Book- Hampton Roads Publishing
Date published : 1998- 2001
Book Description : Our Solarian Legacy is a call to action unlike any other you may have encountered before. According to cultural historian and cosmologist Paul Von Ward, the time has come for human beings to reassess just about everything we believe about our ancestry and global past. Drawing upon forgotten prehistory, clues from the world's esoteric traditions, new research in consciousness, and subtle energies and sound reasoning, Von Ward asserts we are more powerful beings than either science or religion has led us to believe. He extols us to embrace a bold, new model of human existence, one that explains our celestial origins, multidimensional capacities and destiny as conscious cocreators of a self-learning and self-correcting universe. With great insight and clarity, Von Ward envisions that discovery of our true legacy will inspire a global renaissance of inner knowing and unprecedented social progress. Beyond earthly evolution, he sees humanity assuming its place as part of a universal community of conscious beings and fulfilling our potential to serve as galactic leaders. Expanding our individual and collective consciousness will be an open-ended process, Von Ward says, and will require self-initiation, self-instruction, and self-learning in resonance with the universe. Our Solarian Legacy is a brilliant guide to this new and essential process in human spiritual evolution.

With civilization in an era of fragmentation and transition, a few thinkers paint a new vision with insight and clarity. Prominent among them, Paul Von Ward in Solarian Legacy brings order to intellectual and experienced chaos, grounding humans in a truer sense of their history, capacities, and potential destiny.Paul Von Ward draws not only on the discoveries of cutting edge science, but compels us to recall the lost wisdom of ages past. He makes sense of such disparate phenomena as mysterious prehistoric artifacts and modern UFOs, the healing power of prayer and quantum mechanics, gaps in the geological record and in conventional science, mental aberrations and parapsychology, and dreams and the physical senses, all in the context of a unified and universal consciousness. His analyses offer plausible explanations for societal violence, personal illnesses, institutional stagnation, and technological breakdowns