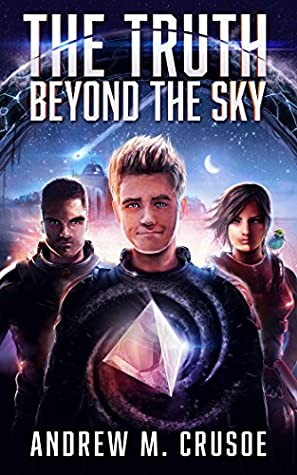 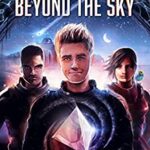 Book Title : The Truth Beyond the Sky (The Epic of Aravinda Book 1)
Book Author : Andrew M. Crusoe
Book Edition : Aravinda Publishing
Book Format : Paperback
Date published : 2012
Number Of Pages : 321
Book Description : On the 12th anniversary of his mother’s disappearance, Zahn hikes to the island summit, only to be awoken by a brilliant object thundering down from the sky, impacting into the beach far below. In a frenzy, he sprints down the mountain, coming across a large crater in the silvery sand. He reaches in, pulling out a triangular plate made of a strange material, moonlight sliding off of it at strange angles. Conflicted over what to do, Zahn hides the fragment in his room for days, knowing that if he brings it to the observatory, they’ll confiscate it, and then he might never learn the truth. Then, in the middle of the night, Zahn is awoken by a tapping at his window. He opens it, and to his shock, it’s a man wearing a silvery uniform. There’s more to what Zahn found on the beach than he could have ever imagined, and he’s swept up into a galactic adventure with a cryptic captain and a living starship. Along the way, he encounters the Vakragha, a species bent on consuming entire stars. And to Zahn’s horror, he learns that they’re heading toward his homeworld. Only the Tulari, a stone that can heal the wounds they cut into space, offers any hope. But saving his world isn’t all he has to worry about. Just when Zahn lands on a moon stolen by the Vakragha, he makes a breakthrough, finally learning his mother’s true fate. Now he is faced with a heartbreaking decision that could either save his world or doom it forever. Action-packed, with a scope as ambitious as Star Wars, THE TRUTH BEYOND THE SKY will leave you energized and hungry for more.
Ezoterik Bilim
0.0 0 5
0 comment 0 FacebookLinkedinTumblr

He is Known as Ego

The Mirage on the Brink of Oblivion